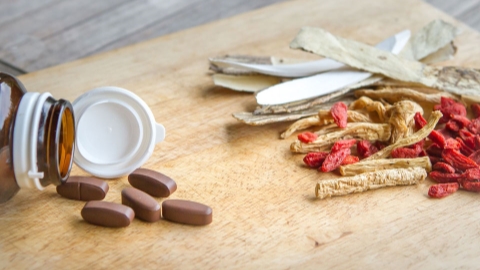 More than 80% of patients infected with the coronavirus in Shanghai, including domestic and incoming cases, have received traditional Chinese medicine (TCM) therapy as well as Western medicine, said deputy head of the health committee of Shanghai. the city, Zhang Huaiqiong.

According to Zhang, on Thursday, Shanghai had treated 628 coronavirus patients, including 339 domestic cases and 289 from overseas.

More than 92% of national cases have accepted traditional Chinese medicine treatment, while 210 of 289 incoming patients have accepted or are scheduled to undergo TCM treatment. This includes a number of foreigners.

In the treatment of traditional Chinese medicine, each patient has their own prescription, with different types and quantities of herbs and different ways of administering the drugs, including oral, nasal or enema, depending on their condition and the severity of the disease. The prescription is always adapted to the evolution of the disease.

Twenty-nine of the city’s 31 critically ill patients had received traditional Chinese medicine therapy throughout their treatment. For some with abdominal distension and high fever, TCM therapy has helped prevent symptoms from worsening.

Traditional Chinese Medicine relieves symptoms such as fever, cough, sore throat, lack of appetite, weakness, constipation, abdominal distension, and diarrhea. Based on rough statistics, nearly 90 percent of coronavirus patients with abdominal distension have had symptom relief, along with some 70 percent with digestive or respiratory problems.

About half of people with a fever saw their temperature return to normal after treatment with TCM, while the kidney function of eight patients improved, doctors said.

TCM therapy has also helped children with coronavirus. Almost half of the child patients had TCM therapy introduced in their treatment, with only two using TCM treatment, all with good clinical results.

Shi Kehua, head of the respiratory department at the Shanghai Traditional Chinese Medicine Hospital, released a report on the recent case of a patient undergoing TCM treatment.

“The patient suffered from constipation during the extracorporeal membrane oxygenation (ECMO) treatment and fell in critical condition,” said Shi. “We immediately provided TCM treatment and he was able to gently empty his bowels the next day. He continued to receive TCM treatment with prescriptions adjusted each day and has since been discharged.”

“The coronavirus epidemic is an unexpected battle for us and we rushed to treat it. In further treatment, the beneficial effect of traditional Chinese medicine gradually manifested itself. It’s like Kung Fu skills, some have an instant effect and some have a slow effect. With the combination of Western and traditional Chinese medicines, the latter now takes effect sooner. “

Zhang Wei agreed and compared Western medicine such as ECMO to Kung Fu Shaolin style, which is hard and fast, while traditional Chinese medicine is like tai chi, which is soft and slow.