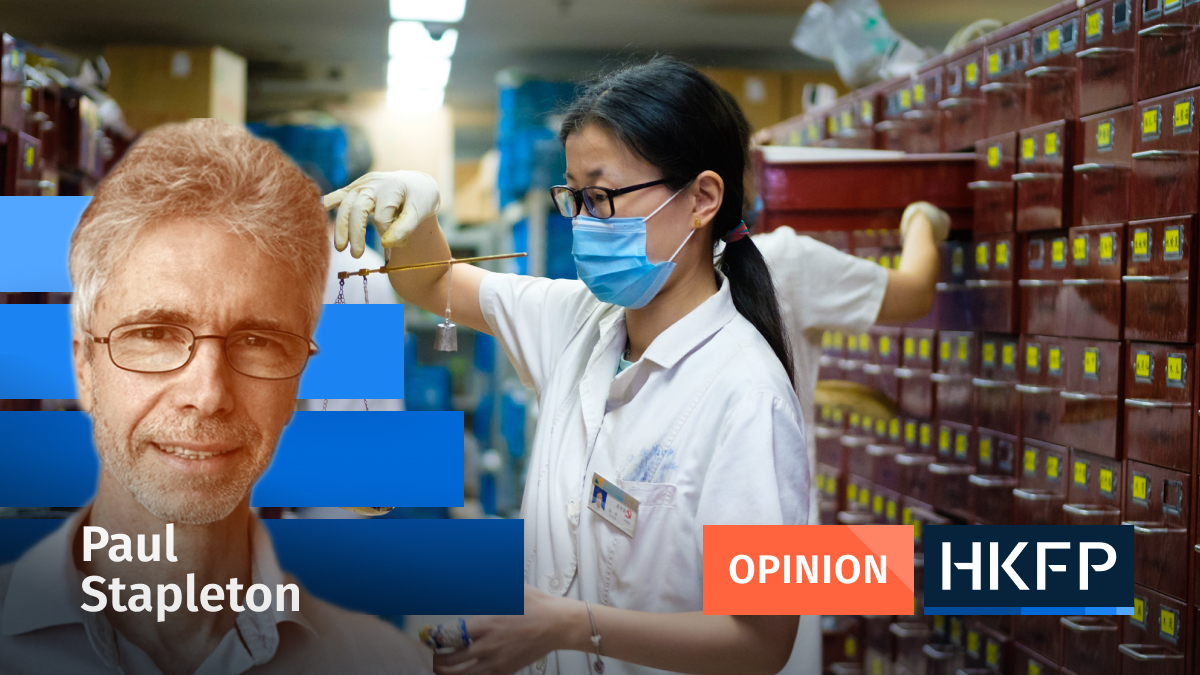 Traditional Chinese Medicine as a Cure for Covid: Do We Believe in Magic?

The recent news that a panel of experts in traditional Chinese medicine, also known as TCM, has designed a treatment for Covid-19 appears to be good news. According to one of the experts, Lin Zhixiu, studies from the mainland show that TCM is over 90% effective in relieving symptoms of Covid and may reduce the death rate. This is certainly timely news given the increase in cases here and around the world.

Certainly, TCM is well established here in Hong Kong and on the mainland with many stores selling TCM remedies, testifying to the strong local belief in its effectiveness. However, some caution is in order with this word â€œbeliefâ€ because belief is closely related to narratives rather than scientific data. And as we all know, the plural of anecdote is not a given.

See also: Don’t be too quick to rule out Chinese medicine in the fight against Covid-19

In other words, it would be nice if we could take a look at these studies from the continent showing the effectiveness of TCM on Covid. Specifically, were they randomized, double-blind, and placebo-controlled?

Our apologies for raining on the TCM parade regarding Covid. After all, isn’t there any good news during this pandemic that is worth remembering?

TCM is thousands of years old and is based on a life energy called qi that crosses meridians throughout the body. Various herbs, and especially body parts of endangered animal species, are said to be good for curing all kinds of diseases and ailments as they strengthen this energy that travels along the meridians. Acupuncture is also a form of TCM that taps into these energy flows.

TCM has seen tremendous growth in popularity. Over the past two decades, the number of hospitals on the continent offering TCM has almost doubled. The Chinese government, through its Confucius Institutes, subsidizes TCM courses in several countries, including the United States.

Among mainland pharmaceuticals, around 60,000 TCM â€œdrugsâ€ have been approved by regulatory bodies, representing almost a third of the total market. Locally, three universities also offer degree courses in TCM.

This interest in TCM comes as a surprise considering that a century ago it was rejected on the continent as pseudoscience. However, in Mao’s day, even though he did not personally believe in TCM, he knew it was popular among the peasant class and viewed it as a lubricant for his guerrilla warfare.

Following Mao’s example, the current Chinese leader Xi Jinping has been a strong proponent of TCM. A recent white paper notes “the positive impact of TCM on the progress of human civilization” and requires all hospitals to establish TCM wards, giving it equivalence with Western medicine. Like Mao, Xi clearly understands the power of tribalism.

Oddly enough, modern Western medicine has rejected TCM. Perhaps this is because there is little evidence that the energy flows and meridians that form the basis of TCM actually exist.

Moreover, if TCM was truly effective, it would have spread beyond China’s borders for a long time and would be used around the world. After all, to give just one example, Viagra spread like wildfire around the world when it was first introduced, while the tiger penis, considered by TCM to be a potent aphrodisiac, is largely unremarkable. consumed only in East Asia.

Research studies have been carried out on TCM. In fact, there have been several dozen systematic reviews of TCM. A systematic review uses methods to identify and critically analyze published studies to assess their rigor and validity. When the American National Institutes of Health reviewed these reviews, they found that in the studies reviewed, more than half used small samples or were poorly designed. And among the rest, many had other flaws.

However, we should not rule out TCM entirely. Just for example, I have a friend who swears by acupuncture for his pain. Obviously, when many needles that puncture the skin are removed after half an hour of treatment, there is some relief, and this can also strengthen the belief system about the effectiveness of the treatment, otherwise known as placebo effect.

There is strong evidence that the placebo effect releases endorphins, or pleasure hormones, into the brain, providing a true chemical explanation for the accumulated benefits.

On the other hand, although most TCMs are harmless, the environmental damage they cause, especially to endangered species, is obviously harmful. For example, pangolin scales, which are made of the same substance as our fingernails, are in high demand, leading to the possible extinction of pangolins. Ivory tells a similar story of misfortune for the elephant.

Another problem concerns belief systems. When leaders and institutions espouse certain ideas that are not anchored in reality, often a large part of the population believes them. And with such beliefs comes a way of thinking that relies on hearsay rather than science. We don’t need to look too far into the current pandemic to find examples of this phenomenon.

Coming back to TCM and relieving symptoms of Covid, the TCM drug used may actually provide marginal benefits, albeit primarily psychological. The biggest concern, however, is that the narrative surrounding the belief perpetuates a millennial belief in magical thinking.

Chinese martial arts are gaining popularity among Palestinian girls in the West Bank.