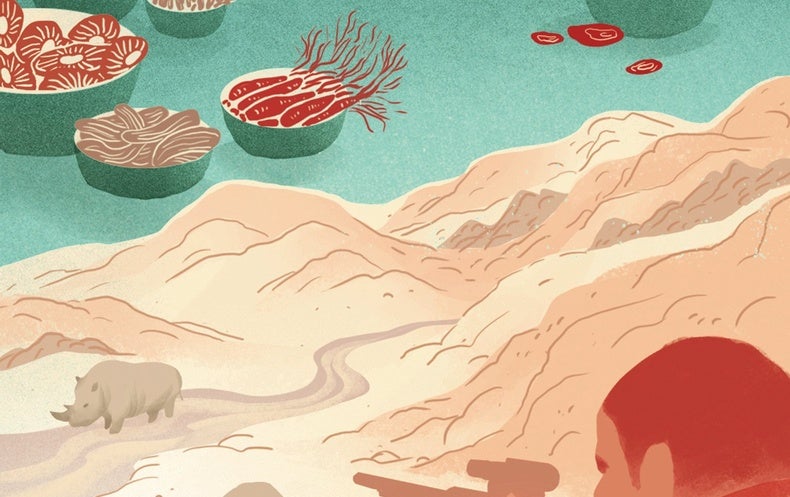 For over 2,000 years, Chinese healers have used herbal powders and tinctures, dust made from various animal parts, and strategically placed needles to treat a multitude of human ailments. These are used in hundreds of countries around the world, but the practice in China is perhaps the most extensive, documented, and listed. Traditional Chinese Medicine (TCM) is based on the concept of qi, an energy system that flows along the body’s meridians to maintain health.

Over the past decade proponents of TCM have worked hard to bring it into the mainstream of global healthcare and it appears that these efforts are paying off. The latest (11th) version of the World Health Organization list known as International statistical classification of diseases and related health problems (CIM) will include these remedies for the first time.

In accordance with its own mandate, WHO sets norms and standards for medical treatment around the world and articulates “ethical and evidence-based policy options”. It categorizes thousands of illnesses and influences how doctors treat them; how insurers cover these treatments; and what kind of research is being done on what diseases. More than 100 countries use the document to determine their medical agendas.

To include TCM in the CIM is a glaring gap in evidence-based thinking and practice. Data supporting the effectiveness of most traditional remedies is sparse at best. An in-depth assessment was carried out in 2009 by researchers at the University of Maryland: they reviewed 70 review articles assessing TCM, including acupuncture. None of the studies were conclusive because the data was either too paltry or did not meet testing standards.

To be sure, many widely used and experimentally validated pharmaceuticals, including aspirin, decongestants, and some cancer chemotherapy drugs, were originally derived from plants or other natural sources. However, these drugs have all undergone extensive clinical testing for safety and efficacy. Giving credit to treatments that do not meet these standards will advance their use but also weaken WHO’s credibility.

China has pushed for wider global acceptance of traditional medicines, which bring in some $ 50 billion in annual revenue to the country’s economy. And in 2016, Margaret Chan, then director of the WHO, praised China’s plans in this regard. But while it is a good idea to catalog TCM and educate health workers about the treatments used by millions of people, their inclusion in the CIM recklessly equates them to drugs that have been the subject of clinical trials.

In China, traditional medicines are unregulated and often make people sick rather than cure them. A particularly troublesome ingredient, aristolochic acid, is commonly used in folk remedies and has been linked to fatal kidney damage and urinary tract cancer.

A 2018 study in the British Journal of Clinical Pharmacology tested 487 Chinese products taken by sick patients and discovered 1,234 hidden ingredients, including approved and banned Western drugs, drug analogues, and animal thyroid tissue. And in 2012, a team led by Megan Coghlan, then at Murdoch University in Australia, identified the DNA sequences in 15 traditional medicine samples in the form of powders, tablets, capsules, gall flakes and herbal teas. The samples also contained plants producing toxic chemicals and animal DNA from vulnerable or endangered species (the Asian black bear and the Saiga antelope, for example) and other creatures protected by law. international.

Thus, the proliferation of traditional medicines would have significant environmental impacts in addition to negative effects on health. It would contribute to the destruction of ecosystems and increase the illegal trade in wildlife. China announced last October that it was legalizing the controlled trade in rhino horn and tiger bone. (The decision was postponed in November, following a global outcry.) Practitioners believe the two have the power to cure a range of ailments, from fever to impotence, although no studies have has found no beneficial result of ingestion either. Allowing even the controlled harvest of otherwise endangered creatures will spur illegal poaching, critics say.

Until they undergo rigorous testing for purity, efficacy, dosage and safety, the WHO should remove traditional medicines from its list. These remedies should receive the same scrutiny as other treatments before being included in standard care practices.