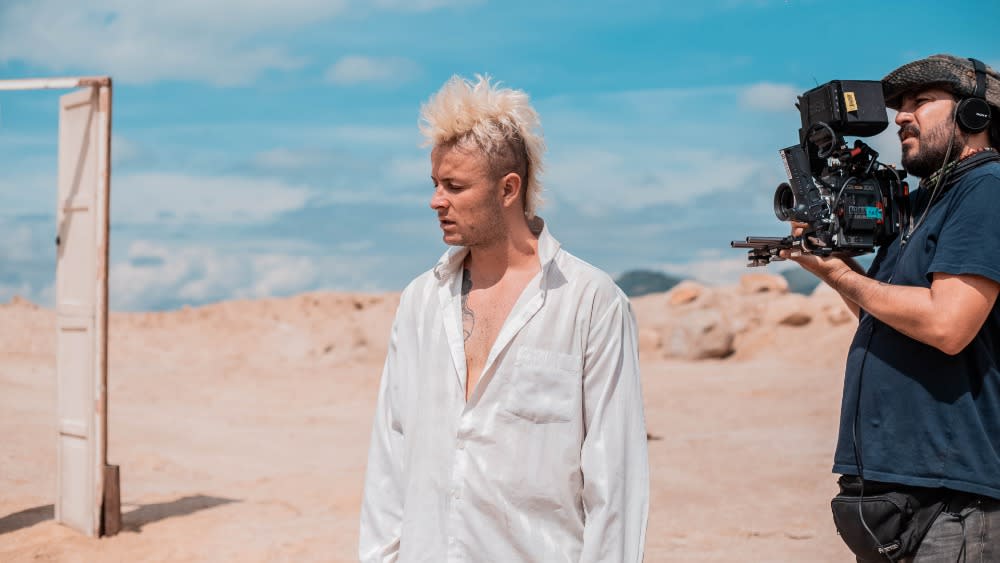 “The Devil’s Breath” by Jorge Monteallegre, a Medellín meditation on love, loss and other drugs

Life on the fast lane in MedellÃ­n comes to a screeching halt in â€œDevil’s Breath,â€ a drug-heavy Sanfic WIP from writer-director Jorge Monteallegre. Co-produced by Tres 33 Films and Hawaii Film Productions, the film follows the cross-story of Ana and Matias, two young and beautiful clubbers who meet and fall madly in love. When Ana is drugged by her dealer with scopolamine and overdoses, Matias must balance a trip back to her through revenge or a shamanic ritual.

Along with Angela Cano (“Frontera Verde”) and Fredy Morales Restrepo (“Pink Punk: The Mirror”), “Devil’s Breath” bowed to Sanfic in the Works in Progress section, and is another in the current wave of projects. Latin Americans putting the region on the map. The Sanfic WIP sidebar has seen a 30% increase in the number of applicants this year and will consolidate four of their WIPs as lineup for Sanfic Goes to Cannes, a showcase of Cannes Film Market projects.

Variety spoke with Monteallegre before the screening of his film at Sanfic.

What about the love of Matias and Ana that made you tell this story?

What inspired me to tell this story is the fear of losing love, the fact that you finally find this person, and they take her away in the blink of an eye. It is not easy to find someone who is unconditional who loves you for who you are, and not for what you have, who sees beyond what society imposes, pure and free love as Ana says : Could you live only on love?

What did you mean about modern drug culture in “Devil’s Breath?” “

â€œDevil’s Breathâ€ is a portrait that speaks of youth and society in MedellÃ­n, a very Colombian reality where young people have unfulfilled dreams. Without a doubt, this is the era of synthetics, consuming cocaine and smoking marijuana are a thing of the past. Millennials use “Tuci”, its chemical definition is 2CB, and it is predominant in bars and nightclubs as “pink cocaine”. As a screenwriter, I dared to capture the mystical, the magical and the mysterious in a 100% urban story.

The film’s namesake is a very potent and dangerous drug often associated with crime. Is this drug used more today, whether for recreational or criminal purposes?

Brugmansia, borrachero flower, burundanga, or mythically “the devil’s flower”, is an ancestral sacred plant with many names used by South American shamans in the Amazon for thousands of years. This plant has multiple uses; one in particular is to communicate with the dead. Shamans use it to contact former shamans in order to get answers to current issues in their tribe. Unfortunately, the borrachero flower, like other ancestral plants like coca, has been desecrated in Colombia and misused for crimes. It is generally used in the form of scopolamine or commonly burundanga. When blown in the face, the victim loses his will, with a lack of free will and without the ability to control his actions, leaving the victim totally vulnerable to the command of his attacker. Burundanga is known in the streets as â€œthe devil’s breathâ€ because it steals your soul.

Visually, “Devil’s Breath” is vivid and colorful, despite its dark themes. Can you talk about the cinematography of the film?

I had the pleasure of directing while handling the camera. The story is guided from Matias’ point of view, so we always walked with him. The camera is always in POV mode to make the audience feel like they’re there with the characters. I use close-ups, with wide angles, to be with Matias in a very intimate way, creating an internal perspective and describing how he feels. Pocket camera, giving a raw and very real urban feel with a small border between fiction and documentary. Low-angle, wide-angle, close-up, and zenith shots are used, generating a blank space in Matias’ head like someone uplifted in their own thoughts. But at the same time, as if someone is watching from above.

The best of variety