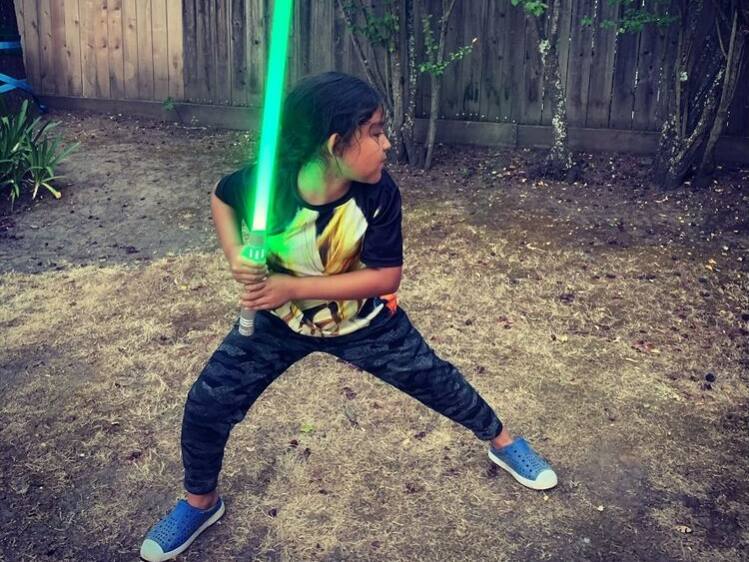 “The journey is often more important than the destination.

Die-hard Star Wars fans know the line, synonymous with an unfinished Clone Wars episode titled “In Search of the Crystal.”

In the episode, Obi-Wan Kenobi and Annakin Skywalker were captured by arms dealers who own kyber crystals, the power source for the famous lightsaber.

Not the lightsaber bought in supermarkets

Kelley has signed on with a manufacturer to deliver premium lightsabers that can be customized to fit both a person’s budget and their trip with the force. The store has the “classics” in stock, including Darth Vader, Luke Skywalker, and Rei Skywalker. Throughout the year, the store will offer “Saber Seasons”, where customers can choose from a variety of options.

Kelley has also partnered with Badger Helmets and 3D Printed Armory to distribute Star Wars armor to people who want to complete the Star Wars look.

While sabers and combinations are a big draw and part of the fun, at its core, Journey of the Saber offers classes for kids to teach mindfulness and self-discipline. The intention of these classes is to make children, called Padawans once enrolled, feel like they are part of the Star Wars universe through a mixture of cosplay and very basic martial arts. The Jedi Masters who lead the class train young people in basic sword fighting skills which are based on the art of Japanese fencing and sword fighting while working on many forms of sword hilting from the world. Star Wars universe.

“It’ll definitely be the basics, but we’re showing the kids what it’s about,” Kelley said.

The vision is to prepare Padawans for other activities such as fencing or the Superior Merit Lightsaber Fighting Class with a solid foundation of discipline, basic martial arts knowledge and confidence. Padawans will learn useful life skills such as building self-confidence, awareness and focus.

While lightsabers are the flash of the classroom, the goal and purpose is mindfulness and discipline.

“Just like in Jedi training,” Kelley said. “When we practice mindfulness in the classroom, it’s about being present. “

“I don’t expect kids to do it the first time, but they can and they generate awareness within themselves,” Kelley said.

He saw it in his own children and in himself. Kelley’s journey to mindfulness began after he nearly drowned in a car crash on Highway 37. He was left weak and bedridden for almost six months.

“My therapist [during the time] was my Jedi master, ”Kelley said. “I was so depressed. I could not do anything.

He was unable to walk, stand or bathe on his own. Yet he remembers once telling his wife that he would do the dishes.

“And she just looked at me for a bit, you know?” Kelley sighed, shaking her head at the memory. “I was not present. When you stumble over things you can’t control, you’re wasting energy.

As he continued on his path to physical recovery, Kelley realized he wanted to share his mindfulness training.

“I want people to be able to be more self-aware,” Kelley said.

Journey of the Saber gives adults a chance to practice mindfulness, too… while having fun.

During the day, the retail site, located in Santa Rosa Square next to the Rocky Mountain Chocolate Factory store, will be open for walk-in duels. Think of Darth Vader vs. Luke or Rei vs. Kylo Ren.

“Adults need to be reminded to take a break and have fun,” Kelley said.

To begin registration or to find out more about pricing and more information, contact Teryn Kelley at [email protected] or text or call 707-836-5593. Please include your name and the name and age of your padawan.