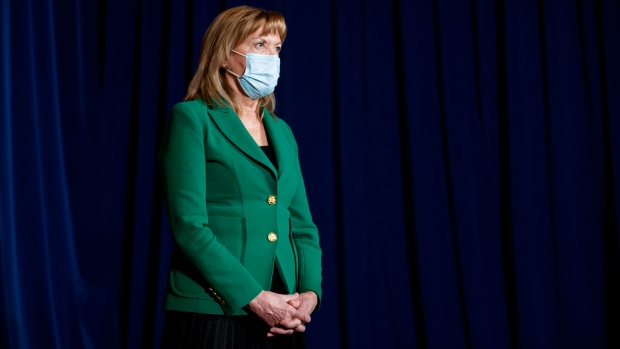 Ontario plans to stop regulating traditional Chinese medicine practitioners and acupuncturists, saying it would allow more people to work in the field, but members of the profession say they oppose the move and have no not been consulted.

Recently filed labor legislation contains a section that would end the College of Traditional Chinese Medicine Practitioners and Acupuncturists of Ontario, the profession’s regulatory body established in 2013.

A spokeswoman for Health Minister Christine Elliott said the bill would see the transition of oversight to the Healthcare and Support Providers Oversight Authority, although registration with authority is voluntary.

“The practice of traditional Chinese medicine and acupuncture has been practiced safely for centuries,” Alexandra Hilkene said in a statement on Wednesday.

“This approach aligns Ontario with other jurisdictions and will support people who have historically encountered barriers to practice, ensuring Ontarians have access to culturally appropriate care.”

Heather Kenny, president of Traditional Chinese Medicine Ontario, which represents the interests of the profession in the province, said she was stunned by the decision.

“The reason we are completely shocked is that there was no consultation from the government that they were even considering this decision,” Kenny said.

Traditional Chinese medicine and acupuncture are growing in popularity in Ontario, and having a regulatory college ensures certain standards, she said.

When the regulation was first introduced, some practitioners said it would prevent people from working as practitioners of traditional Chinese medicine if they had learned it from their elders rather than in a school setting, or if they spoke insufficient English.

Liberal House Leader John Fraser, whose party established the college, said it was done to protect the public.

“The purpose of regulatory colleges and regulation, especially for health care and things like engineering, the first goal is patient safety, public protection,” he said.

“So what I need to figure out is how does removing this college protect the public? I don’t think it does.”

NDP Leader Andrea Horwath said she was worried about the change.

“Whenever there is a reduction in health surveillance, safety and quality of health services, I get nervous,” she said.

Traditional Chinese Medicine is an ancient treatment that focuses on acupuncture, herbal remedies, proper nutrition, and Chinese massage to balance the yin and yang – or opposing forces – in one’s system.

This report from The Canadian Press was first published on March 2, 2022.