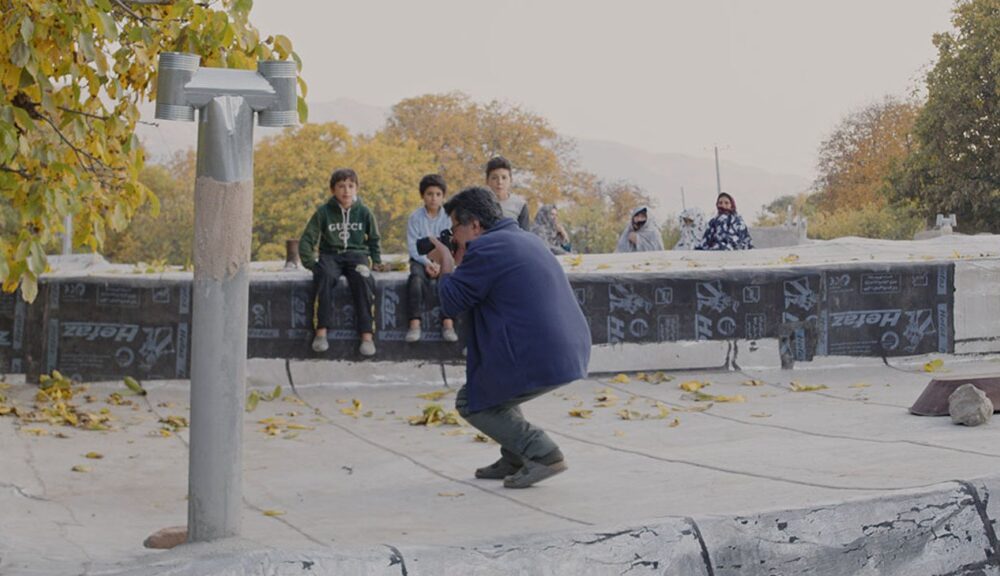 ‘No Bears’ review: Jafar Panahi’s latest underground project is a bold meditation on the artist’s personal and political freedoms

Jafar Panahi has spent a long time in prison or under house arrest in Iran since 2010 on exaggerated charges including collusion, propaganda and threatening national security, hit with a 20-year ban from making films and any non-medical or religious international travel. Over the past 12 years, the statesman-writer has never given up on his right to artistic expression, continuing to make hybrid docu-fiction films with shrewd ingenuity and political and social commentary. oblique.

In July, Panahi was again arrested, this time to serve a six-year prison sentence that was never served, as part of a broader crackdown on independent Iranian cinema. This drew outraged condemnation from the global film community. This incendiary situation inevitably gives his last work, no bear (Khers Nist), increased impact.

But this clever tale of parallel narratives that intersects with Panahi dealing with the cost to himself and others of making films under an oppressive regime – completed before the director’s latest legal troubles – would be a forceful statement even without the limitations imposed. to his freedom.

Deceptively simple at first, then building up increasingly complex layers to almost imperceptible degrees, no bear deals with both physical and spiritual boundaries, the divide between tradition and modernity, and the world of difference between Tehran and the rural backwaters of Iran. A character says at one point that it’s okay to lie if it’s in the service of keeping the peace; Similarly, the fear of wild animals in the title turns out to be an unfounded superstition, meant to keep people in their place. But the film asks what these restrictions really achieve and why do we give them such power.

The opening scene takes place in the shopping district of a Turkish town, where a couple, Zara (Mina Kavani) and Bakhtiar (Bakhtiar Penjei), attempt to obtain fake passports to flee to France. They argue when Bakhtiar insists that Zara go on without him while he waits for the documents, just as the assistant director, Reza (Reza Heydari), calls “Cut”.

Across the border, in a remote Iranian village, Panahi watches the footage on her laptop, struggling in a comical attempt to find a stable internet connection. His eager-to-please host, Ghanbar (Vahid Mobaseri), makes awkward efforts to help him, but when he tells Panahi he’s going to a young couple’s engagement ceremony, the filmmaker hands him a camera. and asks him to film as many sequences as he can.

This joyful ceremony is a traditional “washing of the feet”, during which the villagers gather at the edge of the river, where the feet of the future bride are bathed by the women and those of the groom by the men. It is meant to give a symbolically pure start to their life together. But gradually word emerges that a dispute has arisen. The woman had been promised in marriage to another man, who does not appreciate the rejection.

As Panahi tries to keep a low profile to avoid being identified and reported to the authorities, he becomes embroiled in village politics as the elders descend to demand a photo he took of the young couple under a walnut tree. The manager is then summoned to the sheriff’s office (Naser Hashemi). He claims the photo doesn’t exist, but even neighborhood kids say they saw him take it.

As this situation escalates, creating friction around him where there once was a welcoming curiosity, Reza shows Panahi at night how easy it is to cross the border along a smuggler’s route. This black market trade is the only trade available to the village since drought killed agriculture.

Panahi leaps backward like a rumbling fault line when he learns that the patch of land he stands on is the invisible border that separates the two countries.

The thoughts sparked by this realization carry over into the story unfolding in front of cameras in Turkey, with hesitation sparked by questions about how much money is needed to survive in Europe, among other concerns. Near the end of the action, Zara explodes into a superb direct-to-camera rant about the frustration of spending ten years trying to get out of the country only to be stuck there, forced to betray herself and others.

This blurring of the lines between scripted project and documentary is nothing new for Panahi, but it builds here with expert modulation to a shocking conclusion. On the other side of the border, it all started bluntly as Panahi handed a camera to his host and the latter blundered, saying: “I am a professional filmmaker! There are also lovely exchanges between Panahi and Ghanbar’s elderly mother (Narjes Delarem), who cooks for him and gives him traditional herbal remedies. But the implications for everyone involved grow heavier as the clash between the two brides and grooms escalates.

Panahi’s stoic presence at the center of it all is shaken, forcing him to contemplate the repercussions of his work on both himself and his most innocent collaborators. The sobering final image resonates with the unspoken cry of an exiled artist in his own homeland, saying, “Enough.”

Whether that means escaping the forces that would control him or seizing his creative freedom in a more insurgent way is the question that lingers. The only certainty that remains is that Panahi is one of the great filmmakers in the world who refuse to be silenced by an authoritarian regime.