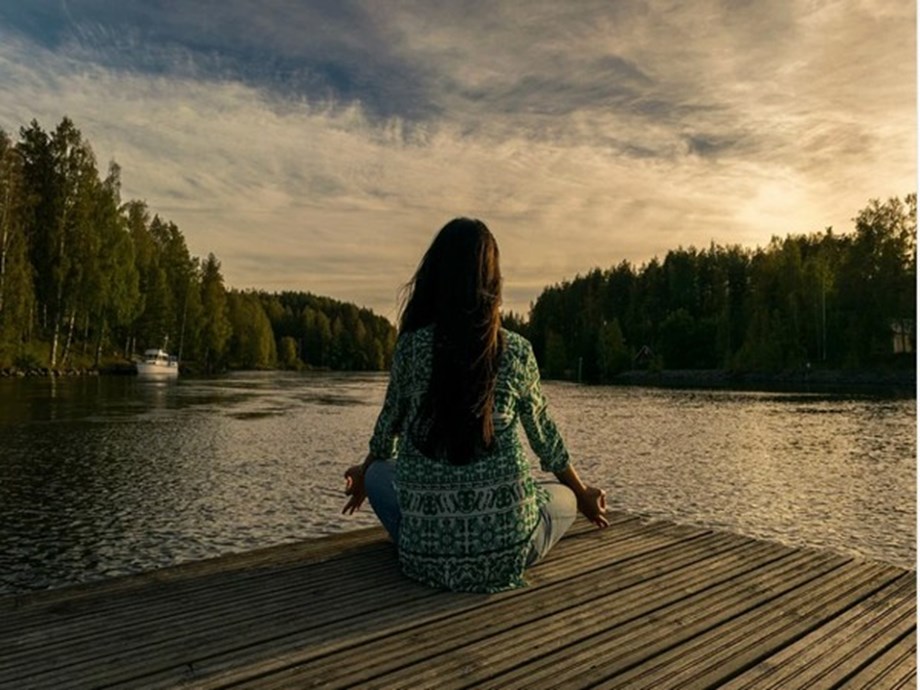 In this rapidly changing world, which has become complicated after the pandemic, the only intangible, but inseparable part of our existence is undoubtedly our mind. Peace of mind has become a rarity these days. In such situations, meditation can help control the mind and calm it down. A recent study stated that mindfulness meditation can reduce guilt and negativity.

The study was conducted by the University of Washington’s Foster School of Business and published in the Journal of Personality and Social Psychology. Mindfulness meditation is a stress management practice with an ancient lineage that cultivates nonjudgmental awareness of the present moment, often by bringing attention to the physical sensations of the breath. Originally inspired by centuries-old Buddhist practices of combining philosophies and meditations, today a secular version of mindfulness – consisting solely of meditations – is becoming increasingly popular.

But there may be an unintended downside to secular mindfulness meditation practices, according to the study. “Meditation can reduce feelings of guilt, thereby limiting reactions like generosity that are important for human relationships,” said lead author Andrew Hafenbrack, an assistant professor at the Foster School who studies mindfulness.

The researchers wanted to know how mindfulness meditation reduces negative emotions, such as anger and guilt. “Negative emotions may not be pleasant, but they can help us navigate social situations and maintain relationships,” Hafenbrack said.

“If somebody gets really mad and yells at their boss or something, and they get fired or make people feel unsafe, then you know that’s a bad thing,” Hafenbrack said. “However, not all negative emotions are the same in terms of the types of behaviors they enqueue.” When people feel guilty, they tend to focus on others, which can promote restorative actions.

To better understand meditation practices, the researchers conducted eight experiments with more than 1,400 participants in the United States and Portugal. The participants varied for each experiment – ​​some were American adults recruited online, some were graduate students attending university in Portugal, while another group was made up mostly of undergraduate students at the Wharton School of Business. In their first study, the researchers demonstrated that mindfulness reduces feelings of guilt. Participants were randomly assigned either to write about a past situation that made them feel guilty or to write about their previous day. Then they listened to either an eight-minute guided mindfulness meditation recording that asked them to focus on the physical sensations of the breath, or an eight-minute control condition recording in which they were asked to let their minds wander. mind. Participants who listened to the mindfulness recording reported feeling less guilty than those in the mind wandering control group. It was true whether they wrote about a guilty situation or about their previous day.

The team then conducted six more experiments to test whether mindfulness meditation would influence prosocial restorative behaviors, such as reconciling with a friend after doing something that caused harm. For example, in two experiments, all participants were asked to recall and write about a time when they wronged someone and felt guilty, before being randomly assigned to meditate or not. After that, they were asked to allocate a hypothetical $100 between a birthday present for the person they had wronged, a charity for flood victims in Africa, and themselves. Participants who had meditated allocated about 17% less to the person they had harmed compared to those who had not meditated.

The psychological process behind these differences in allocation was the reduction of guilt. These experiments and three similar ones established that mindfulness meditation reduces the tendency to redeem oneself for hurting others. “This research serves as a cautionary note to people who may be tempted to use mindfulness meditation to reduce unpleasant but necessary emotions to support moral thoughts and behaviors,” said co-author Isabelle Solal, professor assistant at ESSEC Business School in Cergy. -Pointoise, France.

Although focused breathing meditation is the most popular form of meditation, used in mindfulness programs such as the mindfulness-based stress reduction approach and Google Inside Yourself search, the study also explored the benevolence meditation, which also appears in these programs. Kindness meditation consists of imagery exercises in which one evokes other people and sends wishes that everyone be happy, well and without suffering. In the final experiment, participants wrote again about a time when they had wronged someone and felt guilty, before listening to either a mindfulness meditation recording on focused breathing or a loving kindness meditation recording. Participants in the loving-kindness group reported higher intentions to contact, apologize, and make up with people they had harmed compared to participants in the focused breathing meditation group. The difference was explained by participants’ increased focus on others and feelings of love.

“Our research suggests that loving-kindness meditation may allow people to experience the stress-reducing benefits of meditation without the repair-reducing cost, as it increases focus on others and feelings. of love,” said co-author Matthew LaPalme, who was a researcher. scientist at Yale University. (ANI)

(This story has not been edited by the Devdiscourse team and is auto-generated from a syndicated feed.)