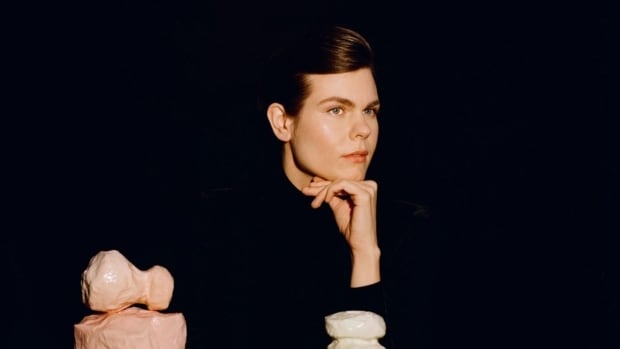 Loneliness Cots Meditation & 4 Other Songs You Must Hear This Week

Here at CBC Music, we’re always on the lookout for new songs by Canadian artists.

This week we’re listening to new tracks from:

Scroll down to find out why you should listen too.

What new Canadian tunes are you obsessed with right now? Share them with us on Twitter @CBCMusic.

Press play on our Songs you need to hear streaming, filled with songs that CBC Music producers have chosen for their playlists, and tune in to CBC Music Mornings every Thursday to hear CBC Music’s Jess Huddleston and Saroja Coelho reveal which of these tracks is the new Canadian song that stands out.

Our bodies are far away but I can feel her in the air
If I could look right into the center of the sun, I think I would see her there.

Le Ren’s tender lyrics strike a little harder during a pandemic, when borders continue to separate us more than we’d like, but this song about his connection to his mother feels timeless. Montreal singer-songwriter Lauren Spear announced her upcoming debut album by releasing “Dyan”, a simple yet full folk song, the soft guitar filled with light percussion and touches while the vocals of Le Ren remains steady as the heart pounding of the love song. The accompanying video, directed by Ali Vanderkruyk, is equally sweet, ending with an audio clip of Spear’s mother introducing baby Lauren to her sister – and endearingly revealing how The Ren got her nickname. – Holly Gordon

As the pandemic delayed the live-action return of Duck Sauce – it was slated to make a Coachella return last year – the DJ duo spent this downtime releasing unique singles like “Smiley Face” and “Mesmerize. “. Duck Sauce’s latest release, “Nonchalant”, is a disco and house-inspired hit tailor-made for the dance floor. The track samples the 1981 Modern Romance song “Queen of the Rapping Scene (Nothing Ever Goes the Way You Plan)”, right down to its aerial accordion while cutting a vocal loop that confronts listeners: “What You Really Want , what do you really want, want? / Stop acting, acting nonchalant. ” Maybe a directive about this unlucky Modern Romance piece, or maybe even a warning to distant spectators with folded arms whose cold positions rub shoulders with the most uninhibited dancers during a live show, it’s clear Duck Sauce wants us to let go and stop overthinking. It’s a message to take with us when we finally find A-Trak and Armand van Helden in a live setting. (As for the song clip, just hit play and enjoy the ducks – the many, many ducks.) – Melody Lau

‘Midnight at the station’, baby cots

Montreal singer-songwriter Cots, aka Steph Yates, closes her minimalist debut album, Disturbing body, with this piece, a delicate ballad on “waiting for a train which is very late and which may not arrive at all”. In a time of confused and stunted journeys, the metaphor strikes home while being set on intimate bossa nova chords and Astrud Gilberto-style ba ba bas. Like the soundtrack of a European train journey light years away, “Midnight at the Station” evokes strong memories of Feist Let him die– the sweetness of the era – carefully worded observations between sparse chords, holding your attention with every moderate syllable. All Disturbing body feels like a meditation on loneliness and the intricacies of the heart, and especially on that hushed finale, a secret Cots only told you. – Jess Huddleston

James Baley is a staple of Toronto’s ballroom and dance music scenes. Any night (before the pandemic, of course), you’ll find him in the middle of the dance floor, sailing for a captivated audience. It makes perfect sense that the Juno Award-winning singer, songwriter and producer would call on house music DJ Karim Olen Ash to take the original track from a sparse and punchy production to scintillating new heights and dancing. A typical DJ set for Ash is always a journey through the house music archives and he brings that energy to the remix, with Baley’s angelic gospel voice making it easy. In a press release on the original song, Baley said it was “about being banned from the (religious) communities that brought you up and going through the mix of feelings that come with grief.” What better place to overcome grief than on a dance floor? There is a long history of gay people finding a community to kiss them in fashionable ballrooms and nightclubs. Ash’s remix is ​​bright and lush but doesn’t lose the bite of the original; the frustration is still there in Baley’s lyrics, this time counterbalanced by a cheerful and dynamic production. – Kelsey Adams

“See how I miss you”, Cam Maclean

Some may remember Montreal psych-pop artist Cam Maclean from his previous work as half of Vesuvio Solo, his group with former Tops bassist Thom Gillies. The two-time Polaris Music Prize longlist actor hasn’t released any new music since his 2016 album, Don’t leave me in the dark, but Maclean reappeared in 2018 as a solo artist. This year he released two singles, “Crossing Over” and his latest, “See How I Miss You”. The latter was born out of a residency at the Banff Center for Arts and Creativity, where Maclean was miles from his friends and family. From there was born a song about “Someone Misses and Wonders If They Miss You Too,” Maclean said in a press release. “It’s apathetic, but also upbeat and upbeat. It’s about occupying uncertainty and letting ambivalence wash over you.” Grounded in his skills as a skillful guitarist, the song’s yacht-rock energy was, in part, created by Toronto rapper Cadence Weapon, who exercises his talents as a producer here. “Cam is an old friend of mine and one of the most talented guitarists I have ever met,” Cadence Weapon said in a statement. Whether together or individually, the two have sparked our curiosity, and we can’t wait to learn more about Maclean the artist as well as Cadence Weapon the producer. – ML

A monk kills a neighbor in a meditation center