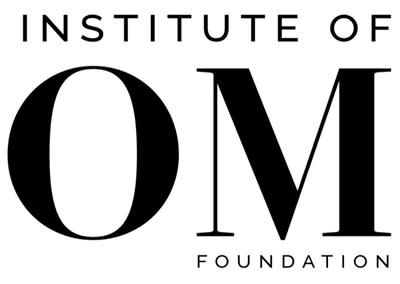 SANTA ROSA, Calif., May 18, 2022 /PRNewswire/ — New research supported by the Institute of OM Foundation (IOMF), based in Santa Rosa, Californiadocuments the profoundly positive effect of orgasmic meditation, commonly referred to as “OM,” for many seeking the holistic benefits of meditative practice, according to IOMF-supported researchers.

Long-time practitioners of OM have known about the multiple health and stress-reducing benefits provided by the practice for decades.

Now, using an online survey defined by open-ended qualitative questions that were distributed and answered by different levels of OM practitioners around the world, researchers have revealed through their published report that the practice of OM is more analogous to meditation than to sex. In fact, over 80% of study participants noted in their survey responses that they viewed OM as very similar to actual meditation, and that they did not see or experience direct correlations with sexual and/or caressing experiences.

The online survey consisted of 30 broad questions. The researchers quantified what most practitioners already reported experimentally at the start of their OM experience, as well as during an OM session, and as they continued to develop and routinize their own OM habits and practices.

Launching a wide network of survey invitations, the researchers captured varied practice frequencies and histories, ensuring that their statistically significant results were reproducible and verifiable. Over 200 fully completed questionnaires were collected and evaluated by the researchers.

His findings are sparking new interest in the potential application of OM as a regular or routine meditative practice that can enable meditators to quickly reach active “theta states”, a coveted brain state practiced and promoted by Buddhists. Tibetans.

Ongoing research is currently underway to confirm current findings and to better understand how similar OM is to other more widely held meditative practices. Research is ongoing at Thomas Jefferson Universitythe University of Pittsburghand other prestigious academic institutions.

One such study, by Dr. Andrew Newberga neuroscientist with Thomas Jefferson University, analyzed brain activity during an active OM session. Newberg found that brain regions associated with meditative states are activated during an ongoing OM session, and that observed brain activity aligns with spiritual experiences reported by practitioners at the end of the session.

“As previous studies have shown, socio-cultural and historical context plays an important role in what constitutes sex. In the wake of the current public controversy over sex and consent, a practice whose practitioners report benefits in relationships, friendships, health, professional and spiritual life, and has teachings on sexuality and consent, and yet is seen as clearly distinct from sex, has clear benefits and a role in the larger conversation about health, wellness and sex positive,” said Viviane SiegelPh.D., in the text of the published study.

Emphasizing safety and consent at every regulated step of the OM process, an OM session is a structured practice that lasts a total of 15 minutes. During the session, one partner manually stimulates the receiving partner’s clitoris. The only goal is to feel sensations, not necessarily to climax, and the meditative benefits are felt by both session partners.

The Institute of OM Foundation is a 501c3 dedicated to studying the practice of OM and understanding its health benefits.