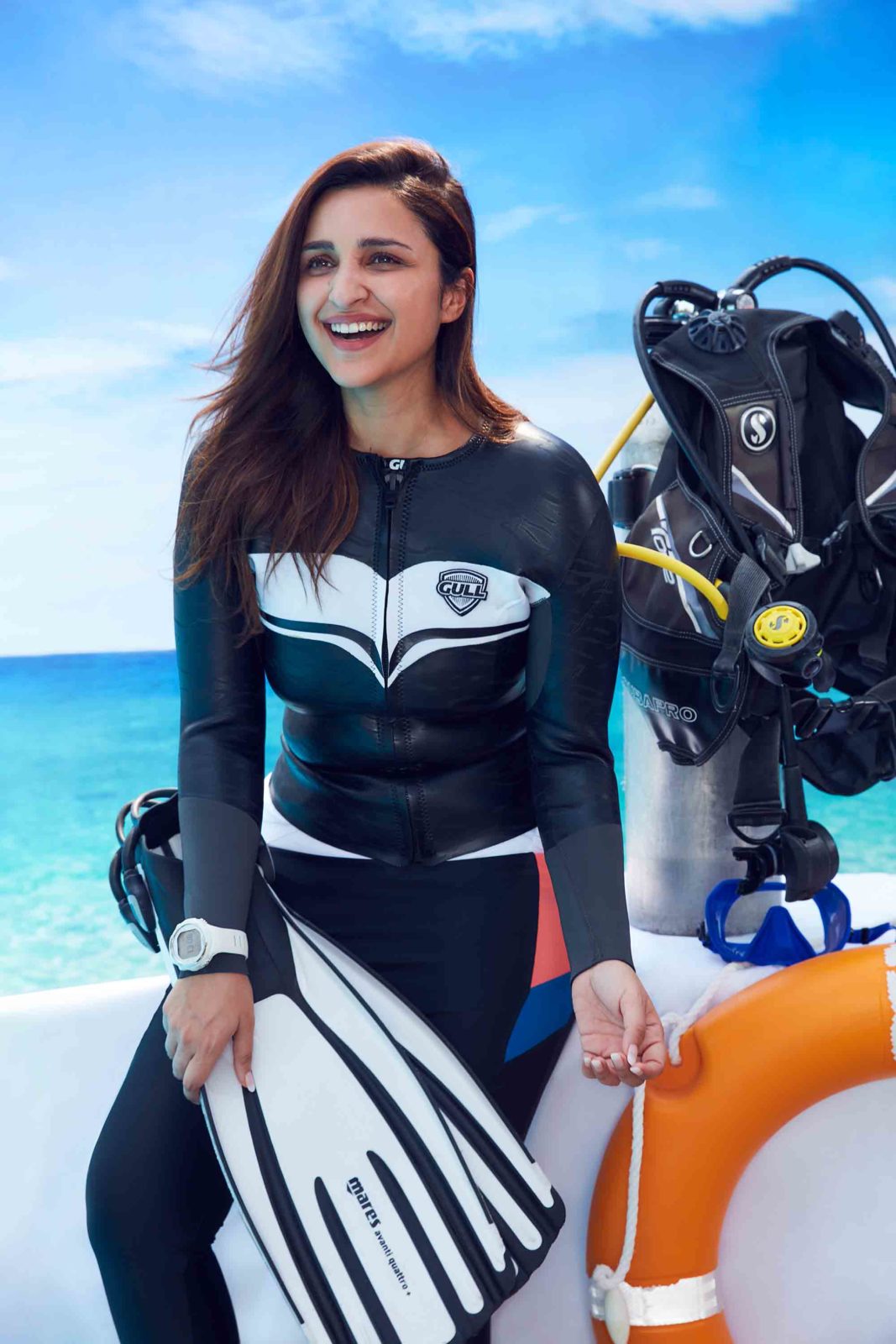 Diving is a meditation for the new AmbassaDiver

Parineeti Chopra’s more than 67 million social media followers may have had some influence on the Indian actress and singer’s nomination as the latest PADI AmbassaDiver. .

Chopra, who stars in a recent Hindi remake of The girl on the train on Netflix, started diving in Bali, Indonesia in 2013 and qualified as a PADI Open Water Diver later that year in Palau.

“The first time I came to the surface after diving I cried because it was such a life-changing experience,” she says. “Now it’s something I can’t do without.

“I make sure to take a dive trip every three months despite my work schedule, as it is my form of meditation. And it’s the place that I’m immensely passionate about protecting.

“We are all equal underwater and all speak the same language,” says Chopra, who is 33 and now an Advanced Open Water Diver. “Over the years, I have seen the changes that have taken place beneath the surface.

“During my time as a Brand Ambassador for Tourism Australia, I witnessed the bleaching and damage that has taken place on the Great Barrier Reef. I was so sad to see this and now I am committed to being a diver with a purpose.

“I have also seen firsthand how marine reserves, such as those in Sipadan, Malaysia and Palau, prove how valuable marine protected areas are. As a PADI diver, I want to make sure our whole blue planet gets the protection it deserves.

Chopra was born in India but educated in England, earning a triple degree with honors from Manchester Business School and considering becoming an investment banker – until, back in India, her Hindi film career took off in 2011.

Scuba diving is a growing sport in India and although many enthusiasts are heading to overseas destinations such as Thailand, PADI has 43 dive shops in the country, including 18 5-star centres/resorts .

“A PADI AmbassaDiver is someone who is passionate about using their strength for good to encourage others to protect our blue planet,” says Kristin Valette Wirth, PADI Membership and Brand Manager.

“We could not have found a more respected and genuine partner than Ms. Chopra, a lifelong lover of the ocean, to advance our shared mission to save the ocean. She is unmatched as a shining example of how to protect what you love – and inspire others to do the same.

Chopra hopes to qualify as a PADI Mermaid this year and participate in citizen science projects on her diving trips around the world, with all of her underwater adventures and projects published on her. instagram, Facebook and Twitter accounts.

PADI now lists some 75 individuals and groups as its AmbassaVarious.