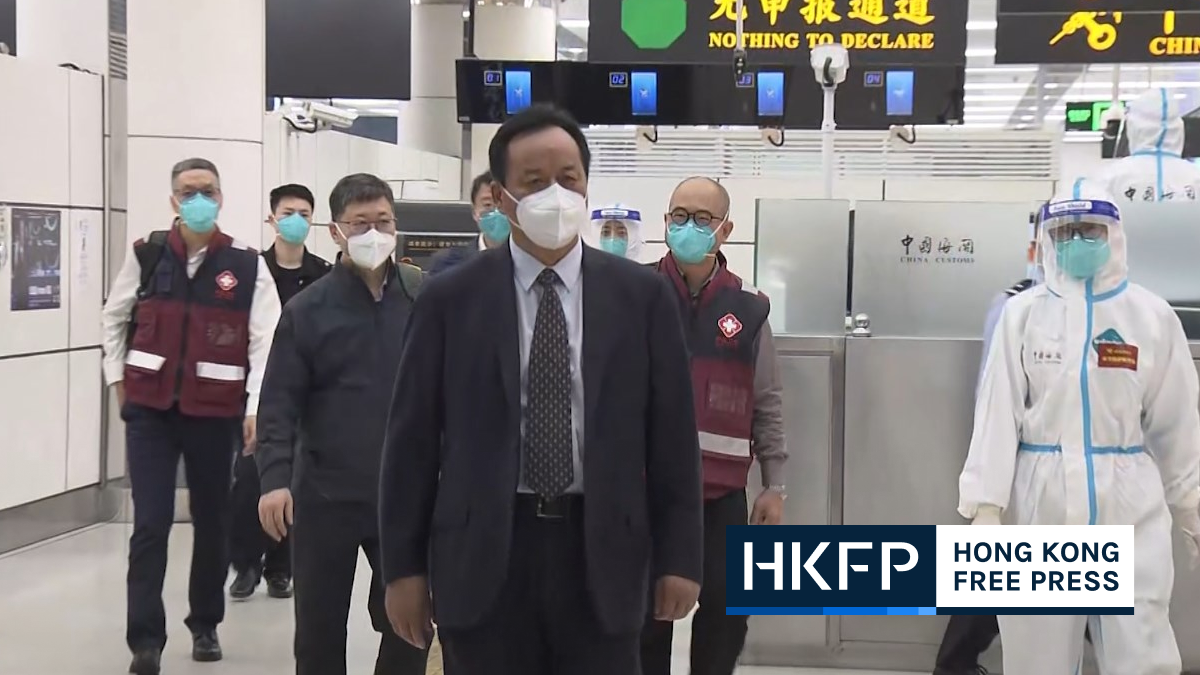 Covid-19: Traditional Chinese medicine experts arrive to help Hong Kong in the fight against the epidemic

A team of traditional Chinese medicine experts from mainland China have arrived in Hong Kong, becoming the fourth group of specialists from across the border sent to assist the city in its anti-epidemic work.

“Hong Kong can learn from how the mainland has used Chinese medicine to fight the epidemic,” Lam said, speaking to a group of reporters.

At present, “the government’s efforts in the fight against the epidemic are to prevent serious illnesses and of course to prevent deaths. that’s why [the] participation [of Chinese medical experts] will be very beneficial in achieving this goal,” she said, adding that traditional Chinese medicine was “very effective.”

The delegation of seven doctors will be stationed at the AsiaWorld-Expo Covid-19 isolation center, which treats elderly patients in stable condition.

Lam said she also asked that experts visit nursing homes to “see what more can be done to reduce the risk of infection there.” Nursing homes have emerged as hotspots during Hong Kong’s fifth wave outbreak, with more than half of deaths occurring among facility residents.

The city recorded 7,596 new Covid-19 infections on Tuesday, the lowest number of daily cases in about a month. Health authorities and experts said the outbreak appears to have stabilized, but urged Hong Kongers to remain vigilant.

A further 171 Covid-19 deaths have been confirmed, including 20 pending cases that were not previously reported.

Lam last week revealed a timetable for the easing of social distancing measures, which are currently the strictest since the outbreak began more than two years ago.

Provided the number of infections continues to fall, the government will begin easing restrictions on social gatherings in three stages from April 21, starting with extending restaurant dining hours to 10 p.m. and reopening premises such as beauty salons and gymnasiums.

NASA Homecoming Astronaut Explains How He Spent a Year on the ISS; “Meditation and Gratitude”