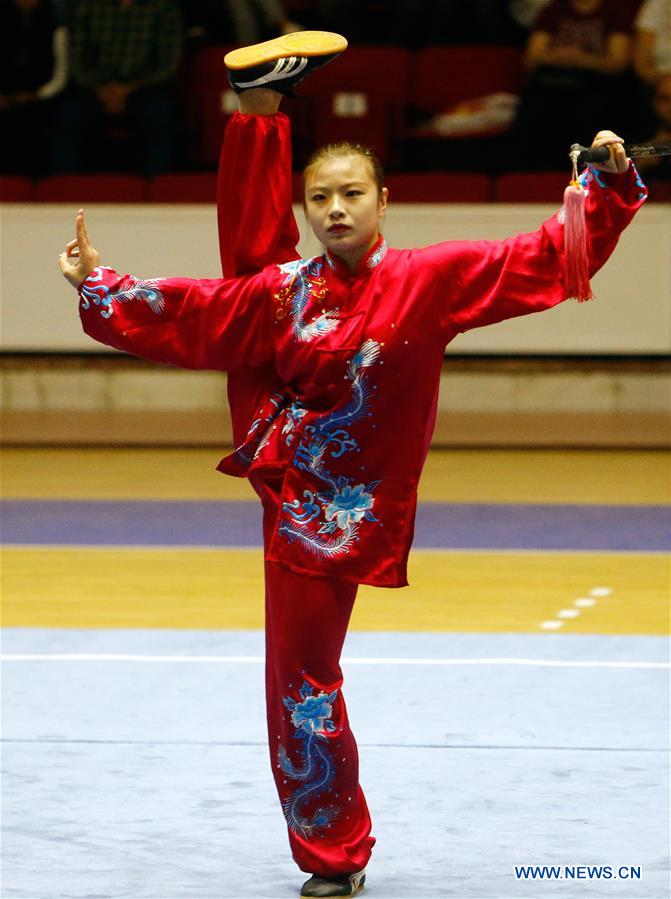 A member of the Chinese Wushu Federation performs at an event in Bucharest, capital of Romania, on September 18, 2019 (Photo by Cristian Cristel / Xinhua)

The event, which is one of a series of activities organized by the Chinese Embassy in Romania to celebrate the 70th anniversary of the founding of the People’s Republic of China and the establishment of diplomatic relations between China and the Romania, brought together Cosmin-Razvan Butuza, Secretary of State of the Romanian Ministry of Youth and Sports, Zhao Li, Cultural Advisor of the Chinese Embassy in Romania, Ion Benea, President of the Romanian Federation of Wushu Kungfu.

The Chinese martial arts delegation was organized by the Wushu Sports Management Center of the State General Sports Administration. During the visit, the Chinese athletes also went to a local training camp to conduct martial arts exchanges and discussions with their counterparts.