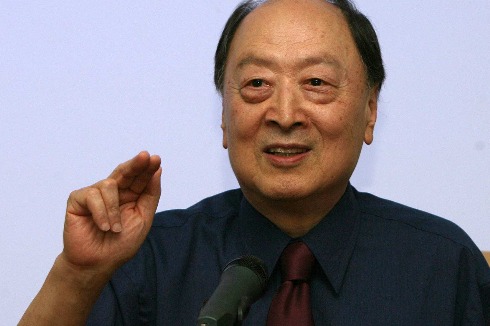 His death comes just 20 days after the Chinese literary world lost another wuxia novel guru, Cha Leung-yung (known by his pseudonym as Jin Yong) on â€‹â€‹October 30.

For many readers of Chinese wuxia novels, Shiao, who was born in Beijing, enjoyed a fame equivalent to that of Jin Yong. He was often referred to with Cha as the â€œNan Jin Bei Xiaoâ€ (Southern Jin and Northern Shiao).

Over the past decades, Shiao has written at least 55 wuxia novels, including several short stories. Many of them have been adopted into TV series and movies, their influences spreading across the country.

His novel “Gan Shijiu Mei” (“Sister Gan 19”) depicting the love tragedy of chivalrous hero Yin Jianping and heroine Sister Gan 19, was adapted into a television series by Shandong Television in 1995, earning her a national popularity. The television series remains a part of the collective memory of a generation.

Shiao was the good friend of wuxia novelist Xiong Yaohua (known by his pseudonym Gu Long), and the two started writing at around the same time. However, compared to the Wuxia novelists who tended to emulate Gu Long’s writing style, Shiao maintained his own style.

He focused a lot on creating the atmosphere while describing the conflicts in humanity.