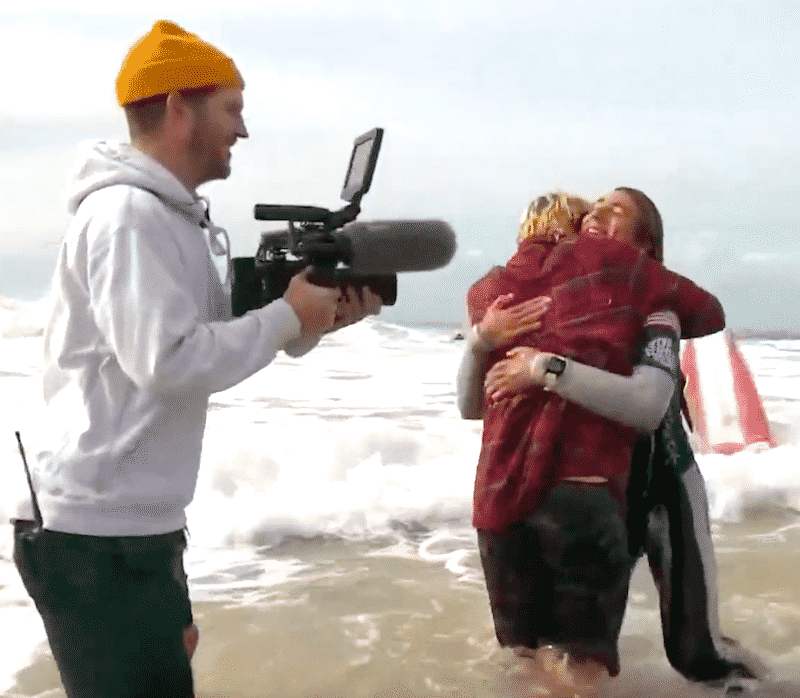 Meanwhile, “Strider and Joe sounded like a pair of religious healers, spouting platitudes and spouting superlatives.”

Estimates vary greatly between 3,000 and 9,000 years ago, but as the inner part of the trunk rots and disappears over time, it is impossible to say more precisely. Many experts agree that 5000 years seems reasonable.

It’s hard to contextualize the deep past, but that was before we invented the wheel or writing.

If you were a professional Brazilian surfer, I would tell you that the tree was already 3000 years old when Christ was born.

I was amazed. I was diminished by it. What if trees were sentient? Think what he knows…

Stranger still, the cemetery where he lives has a walled off section under the tree. Unknown to me until today, it is the final resting place of Sir Donald Currie who bequeathed it to his relatives for their own earthly remains. Did I qualify, I wondered?

Sir Donald Currie was a shipowner, politician and philanthropist. He was recognized not only for his accomplishments, but also for his generosity as a landowner and his kindness to his tenant farmers.

Then I returned to the van to stream more professional surf on my phone, trying to ignore the money I’d indiscriminately dumped down a dark well, and wondering what I could say about it all.

Supertubos was divine in the morning sun – cold, green and hollow. Paul Evans called him “semi-furious”. It was a morning to wash away the memories of previous competition days.

We were reminded why we do this and why we do it at Supertubos. It was a morning we needed to remember why we are here caving through the dark days, losing money and losing hope.

It’s not just because the local mayor and the Portuguese tourist board are ready to puff up WSL’s pillows and leave them miniature chocolates, it’s because the waves can get good.

I have heard all the detractors and opponents of Portugal in recent days, but I will defend it to the death. Not least because it’s the only remaining European place on the Tour, which is really a travesty.

But also because when on Supertubos it offers a perfect A-frame with options both ways. It favors neither goofy nor regular and is perhaps the most democratic wave on the Tour.

The remaining round of 16 heats and the entire round of 16 were completed using the overlapping heat format, before moving to single heats for the quarter-finals.

Please, to anyone reading with the power to exert influence, let’s just make overlapping heats the norm, shall we? It is infinitely better for many, many reasons. We go through the draw with a faster pace and more action, we make the most of the right conditions, slow runs can be disguised and it forces late drama when the priority changes and there is little time left .

I’m not sure all surfers would support it, but I’m absolutely sure the fans would.

The production as a whole needs to handle the double runs much better – I don’t think the pace is so frantic that you have to miss waves, for example – but it’s definitely a change in format that should be permanent.

If the whole day had gone like the morning playoffs, it would have been a resounding success. As it was, it was shit for the quarter-finals and we were back to cornering on windy faces. Colapinto’s ten-point rotation to end the day was a light in the dark, but more on that in a minute.

Highlights of the morning were Nat Young channeling Rose Namajunas (whose name he wore on his back) to manhandle a critical drop and deep tube for a deserved nine, and John Florence clearly feeling in the European pipeline in casually threading barrels and banging end sections like it’s freesurfing.

Everyone knows that when John is in a beat like this, he’s unstoppable. It’s an altered state that he struggles to find on a regular basis in competition. His post-heating interview suggested he recognized it as well. I know John could have many years ahead of him, but I just can’t see him having the fire to continue. At some point, the humble surf fan will have to accept that Florence’s competitive career may never match her talent. There are two world titles in the bag, and while you might think he should have more, I’m not sure he needs them.

The heat of the morning surely went to Kelly against Caio to close out the round of 16. With Archangel Ibelli once again dressed in white, there are heavy religious metaphors that I will try to avoid.

He went back and forth but Caio led until Kelly got a hit out the dog door and then a lip to the head which received an 8.17.

It seemed very questionable in the scheme of things, but it swung the pendulum in favor of Lucifer.

Equally perplexing was Caio’s almost buzzer drummer. Needing a middle seven, he threaded a long barrel on a small but not inconsequential inside wave and came out quickly and cleanly. It sounded like the score he needed every day of the week. Instead, he received a 6.37.

If I had the money on it, I might have written an entire article about how shocking it was, how wacky it was that it didn’t get the score. It was a smaller wave, but it was deep, technical and drama-laden, and we’ve seen in the past just how much the latter can speed up scores.

But it was not to be. The crusade was over, Ibelli had been struck down. I believe I predicted that God’s patience would run out for the mid-twos claim earlier in the competition.

During Kelly’s post-heat breakdown, he made sure to point out that Caio had an overall lead over him, and therefore a target on his back. Then he pointed out that Caio had the wave to win the heat but blew it, eliciting happy cries from him in the water. Then he started talking about old heats at Sunset that seemed to have little to do with anything other than working on his mistakes like he was talking to a therapist.

A plague in the morning was the commentary team, as usual. The problem became wildly apparent today. Because they had spent the last few days of objectively shitty waves telling us how pumped it was, how the best surfers in the world were, how foamy everyone was, not least, etc. ., when it came to today, when some of those comments would have actually been justified, it had been stripped of its meaning and they had nothing more to say.

We were the bored partners of a gushing, sticky lover who says “I love you” multiple times a day. The words no longer had any meaning.

Strider and Joe were just one long stream of nonstop drivel. They looked like a pair of religious healers, spewing platitudes and spouting superlatives that meant nothing.

Sometimes I think I’ve watched pro surfing too much and things that bother me must go unnoticed by the general public, but today I was vindicated. My partner and I were returning from a glorious weekend without children.

Like a dedicated professional, I streamed the comp while I was driving.

Uninvited, she laughed at the two men who seemed terrified of the silence and so filled it with words instead. All the words, in any order.

What the fuck are they talking about? She asked. I did not have any answer.

“We’re so used to him releasing or Brexiting these hits,” Strider said of nothing this morning.

Strider in the cabin is horrible. It just makes noise, endless noise. There’s cliché surf, there’s wandering verbiage, there’s absolute hash. “It’s a great user experience, being at the beach…” he muttered at one point.

I’m gonna let him go with “Jackson Baker the Candlestick Maker” just because that’s the only way I can think of him right now.

A bit of an embarrassing realization I had today is that I’m starting to appreciate how clinical and composed some of Kanoa’s surfs are… I was so excited to see how he blew the tail off a closer today, I swerved wildly, nearly powering the van off. the road.

The quarter-finals felt a bit flat to me. The wind had picked up and we were back to cornering and looking for hailstorms.

Lots of juice was squeezed from a fruit that started out plump and ripe and ended up practically dehydrated.

But there had to be a fence worthy of any end. Colapinto’s spin at the end of the day was as pretty as I’ve ever seen. It was awarded the top ten of the year unanimously by the judges, and you won’t find any argument from me.

It was captured live from the angle of the drone. The setting sun cast a thick streak of shimmering gold over the Atlantic, and in the end, Colapinto’s lanky figure spun tall and clean. It was simply divine.

And the first 10 of the season goes to… Griffin Colapinto
Next call for a possible MEO Pro Portugal Final Day: 6:50 a.m. WET@meopt @ripcurl @visitportugal pic.twitter.com/ybSxkykEff

You could imagine Caio Ibelli watching from the shore, noting the ethereal golden light, Griffin spinning as if being lifted by an invisible hand, and his own soggy white jumpsuit on the floor, and wondering…

(Semifinals to come, Filipe vs. Italo, John John vs. Griff.)