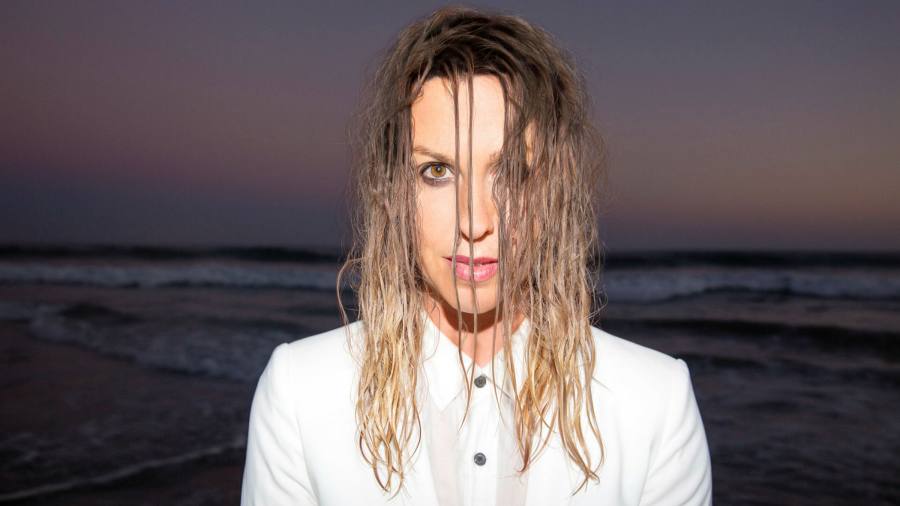 The creator of a famous and furious album is back with his polar opposite. The storm before the calm is Alanis Morissette’s Meditation Aid, a series of soothing instruments designed to help the listener achieve a state of inner serenity. It fulfills the opposite function to its gargantuan 1995 hit Little shredded pillwhich opened with the Canadian-American star uttering the ominous words: “Am I stressing you out?”

Phrased in the song “All I Really Want,” this pointed question was directed at a lackluster boyfriend with commitment and communication issues, whose stress levels presumably increased with every gauntlet thrown by the impassioned singer (“Enough talk about me, let’s talk about you for a minute”) He took his place among the gallery of thugs in the album of liars, accomplices and shy men, like the deceitful ex against whom Morissette attacks in “You Oughta Know” and the sleazy record executive who gets his award on “Right Through You.”

These unpromising portraits of American masculinity struck a chord. Little shredded pill is one of the most successful albums of all time, with estimated sales of 33 million. Just 21 when he was released, Morissette did not enjoy the fame, or infamy, it brought him. She later said the intrusions into her privacy gave her post-traumatic stress disorder. A counterattack by the vipers of the music press portrayed her as an unhinged avatar of unreasonable feminine anger, like a grunge version of Glenn Close’s bunny-boiler. Fatal attraction.

At the same time, of course, Morissette’s assertiveness made him an icon for his many female fans. In the long term, their point of view prevailed. Little shredded pill is now being championed as a key 1990s record, blending the stereotypically masculine rage of rap and rock with the no less stereotypically feminine form of confessional writing. In 2018, a hit jukebox musical based on it opened on Broadway. The young woman dissatisfied with Morissette’s songs found peace in the pantheon of classic albums.

The storm before the calm also finds its creator in a quiet space – the meditation room at Morissette’s Los Angeles home, to be precise, where Tibetan singing bowls and shamanic drums help the cross-legged singer achieve a state of deep attunement. There are no pointed questions spoken here about whether she is stressing you out. In fact, there are no lyrics at all. Wordless vocalizations are sung, chanted or hummed in a series of shimmering, shimmering soundscapes crafted with Dave Harrington of New York electronic duo Darkside.

A self-proclaimed member of the intensely sensitive ranks of the “HSP” – very sensitive people – Morissette’s antennae still quiver as intensely as they did within her. Little shredded pill days. But rather than angry songcraft, the results are some really pretty decent ambient works. There’s a hint of cosmic krautrock music in “Safety – Empath in Paradise,” while “Restore – Calling Generation X” is a relaxing offering of peace to the sarcastic generation of apathetic ironists Morissette was abnormally born into. The useless slacker boyfriend from “All I Really Want” can rest easy: he’s forgiven.

‘The storm before the calm‘ is published by Sony Music