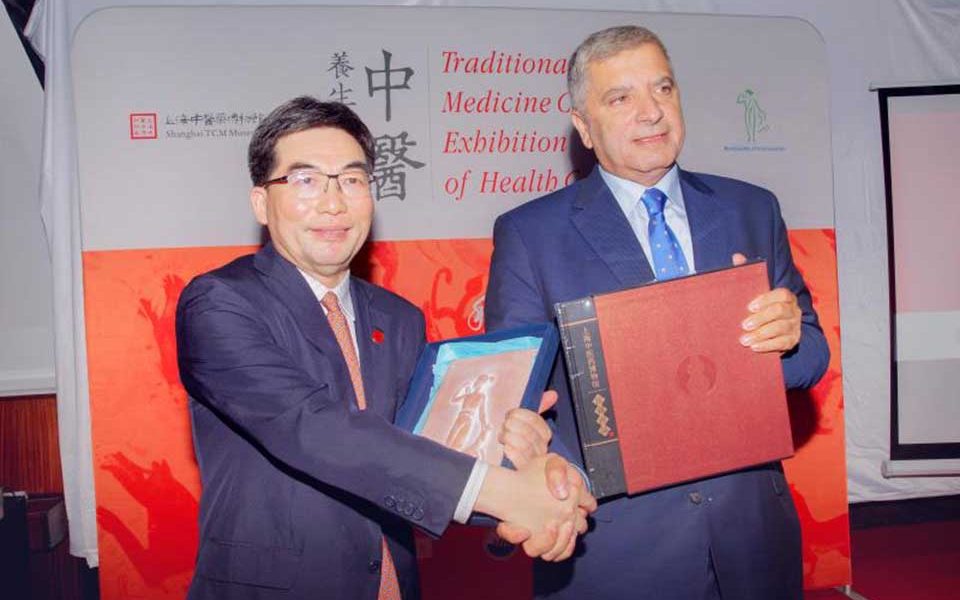 A taste of traditional Chinese medicine in Athens

The exhibition, supported by the Shanghai University of Traditional Chinese Medicine, offers visitors to the Hellenic Ceramics Center (207 Kifissias Avenue) a glimpse into the world of Chinese medicine. With a history stretching back thousands of years, Chinese medicine is very different from its Western counterpart in that it also focuses on the body’s vital energy (chi).

To familiarize the Greek public with the forms and history of traditional Chinese medicine, the exhibition – which runs until Tuesday – has four main themes: Chinese medicine and the theory of acupuncture, exercise, food and environmental health.

The mayor of Maroussi, Giorgos Patoulis, said that the exhibition “opened new avenues for educational, cultural and tourism exchanges between Greece and China” and praised the fact that “China is approaching the cradle of the Western medicine to promote its own wellness medicine, import the knowledge of Hippocratic medicine into traditional Chinese medicine.

He then announced that officials who arrived from Shanghai will travel to the Greek island of Kos to take the Hippocratic Oath on the island where ancient Greek credited with introducing scientific medicine was born.

Vice-president of the university, Chen Hongzhuan, said at the opening of the exhibition that “Chinese medicine has become one more artefact for the global cultural context,” and recalled that “Greece was the birthplace of Western medicine â€before adding thatâ€œ our common vision will take us further.

He also announced that a Tai Chi conference will be held in Shanghai in October, with the participation of schools with which his university cooperates in Greece.

Side events to the exhibition include lectures, interactive activities and seminars open to the public.

On Sunday, a seminar titled “Tai Chi & Baduanjin & The Five Animals in Chinese Martial Arts” will be held at 10:30 am, organized by the Qigong Research Institute of Shanghai as well as the EastWest MEcenter, which together with APSON Company acted as organizations of organizational and coordinated support for the reception of the exhibition.

Since last summer, the Shanghai University of Traditional Medicine and the University of West Attica jointly established a Tai Chi Health Center, offering a Tai Chi course to aspiring practitioners in Greece.

The attendees at Friday’s opening were also treated to a wonderful performance of Kung Fu and Tai Chi.