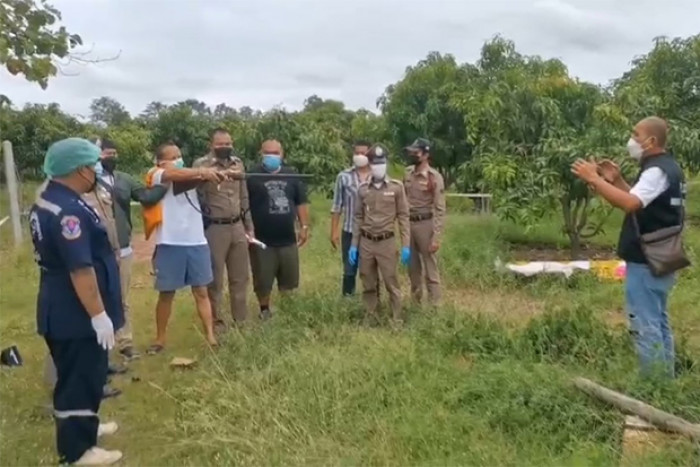 A monk kills a neighbor in a meditation center

PHITSANULOK: A monk in charge of a Buddhist meditation center on Monday morning shot dead a man he had argued with for a long time at the Noen Maprang district dhamma center.

A team of police, rescuers and a doctor were quickly dispatched to the scene.

Phra Sitthikorn Yankhrue, 41, the monk in charge of the center, was waiting for them. He handed over a shotgun to the police and surrendered.

Phadung Thongbo, 67, lay dead on the ground with gunshot wounds.

A witness to the shooting, Suthewadi Ratchathani, 52, said that about three years ago she invited Phra Sitthikorn, who was then in a temple in Uttaradit province, to come to Phitsanulok and lead a meditation center. She trusted him to get the job done.

She had donated the land for the meditation center, which was over 27 rai planted with teak.

Ms Suthewadi said the deceased, Phadung, owned land adjacent to the meditation center and had a long-standing personal conflict with Phra Sitthikorn.

When she arrived at the center on Monday morning with food for Phra Sitthokorm, he was arguing with Phadung. She saw the angry monk shoot Phadung with the shotgun, killing him instantly.

Phra Sitthikorn was expelled from the monastery by the local abbot and, as a layman, was subsequently charged with murder.

How to avoid falling asleep during meditation

Four Ways to Create Your Own Home Meditation Corner