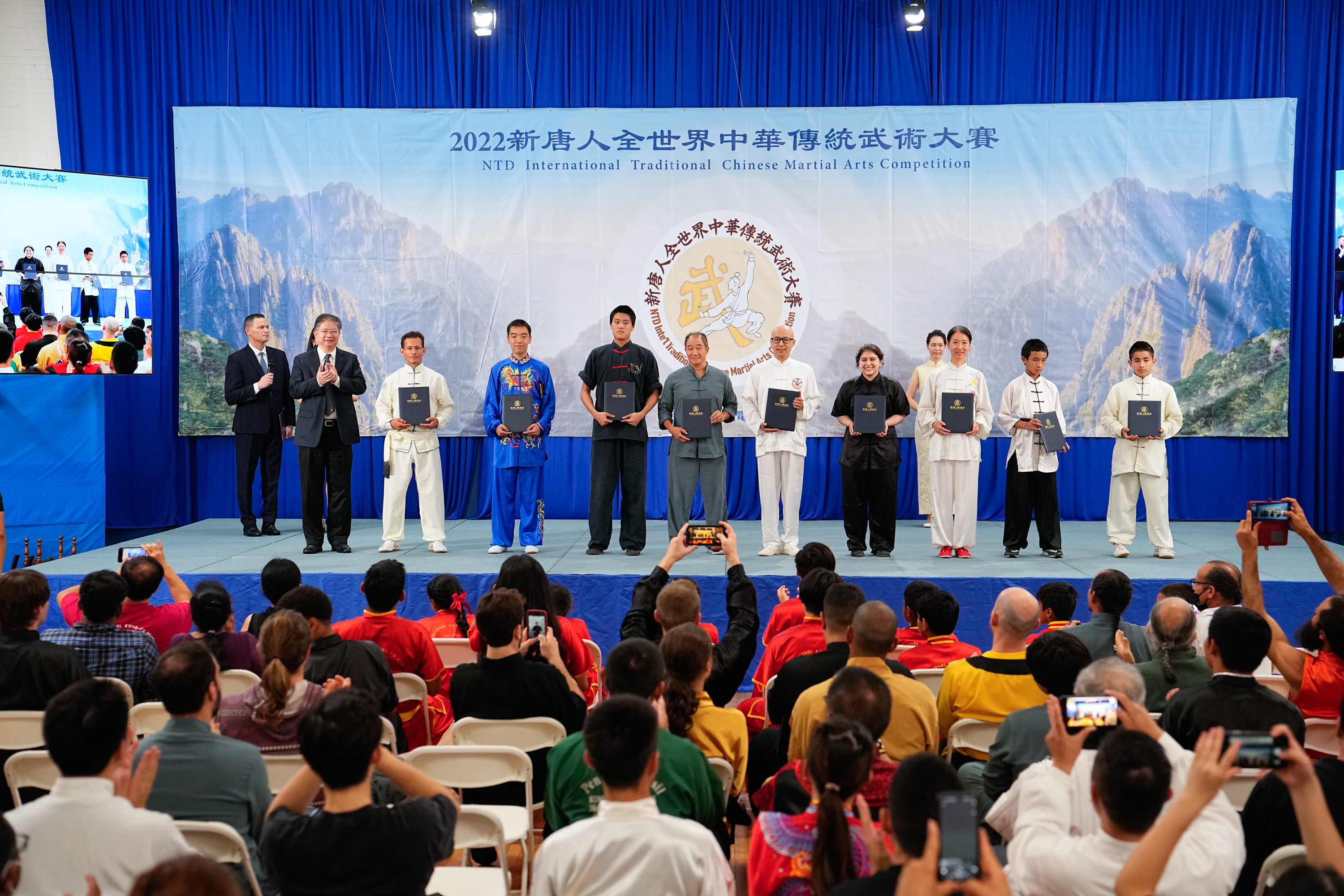 Forty-eight competitors from around the world took part in seven categories in Sunday’s final. Two competitors are a father-son duo from Colombia, who both won silver.

“We wake up at three in the morning and start practicing martial arts from 4 a.m. to 7 a.m. It’s been that way since I was born,” Armilali Pinzon said.

Armilali’s father, Mauricio Pinzon, said, “We pay a lot of attention to our spiritual cultivation, that’s why we were able to practice martial arts well. Because our mind and body are one.

Another silver medalist is Lin Chi-Hsien from Taiwan, who competed in the Southern Fist category.

“A competition like this makes us confident that we are traveling in the right direction and that we are ready to continue giving our best and passing on this martial art,” Lin said.

The competition aims to revive traditional Chinese martial arts and show their true value to the world.

Chris Chappell, host of China Uncensored, also participated as a contestant. Chappell is a fan of traditional Chinese culture and learned martial arts from an early age. He won the honorable mention award this year and shared the greatest lesson he learned about traditional martial arts.

“I think the biggest lesson I’ve learned from particularly Chinese-style traditional martial arts is that they have a saying, you know, the sweet trumps the heart. I think you you’ve probably heard. And I think a lot of times in life we’ve learned that anger or rage is, you know, a type of strength that we can use to love, to get through tough times, but it’s a very dangerous because then it can turn on the people closest to your family, your friends,” Chappell said. “But in Chinese martial arts, you learn that strength can come from stillness and peace, and that’s a much greater and broader form of force.”

The competition has four award categories: gold, silver, bronze and honorable mention. No gold medals were awarded this year.

The head judge of the competition, Li Youfu, explained, “We have had this kind of situation in all past competitions. If people don’t meet the standard for gold, we leave the medals unawarded. It would also encourage people. If they come back in future competitions and improve, that spot is open to them.

The judge says it’s unfortunate no one qualified for the gold this year, but hopes they can present the gold award next year.

The traditional Chinese martial arts competition is part of a series of international cultural and artistic events organized by NTD.